Here are some popular part-time jobs among UTM students!

Online business and dropship agents are the easiest part-time job that are popular among students as it requires no fixed working time and flexible working places.

Most of the students selling products such as beauty products, apparels, gadgets and also services, all by online!

Small business in UTM area, colleges and stalls are also popular among UTM students. They sells apparels and foods such as “cheese leleh”, sandwiches and sausages, soft drinks and other items.

Some of them also involved in the service business. They offers laptop repairing, websites establishment, and other technical services.

Now this is the most popular part-time job among UTM students, especially for those that owned a car!

They conducted service business, which is delivery people to their desired location at an affordable prices. Some of them also helps delivery stuff such as foods and other items as well. Prices are vary and set by the students themselves.

Normally, they will create an online poster or print it out before promote the business to other students. This is why sometimes you will various posters hanging on the bus stop boards, colleges boards or in UTM social media groups account.

Some students prefer working part-time in fast food restaurants such as Kentucky Fried Chicken, Burger King, and McDonald. Working in a restaurant not only help them in making money, but also minimizing food expenses. Most of the restaurants provided free meals for their employees!

Hey, got some assignments and reports to check on? No worries! Editing services are also provided by the students, here in UTM! They offer spelling and grammar checks on thesis, reports, and assignments for undergraduate or postgraduate students.

This part-time job are flexible. The students can do it at anywhere and anytime, as long as they meet the dateline provided by the customers!

For some special cases, some of the students with teaching experiences able to start-up their own class. Sometimes, the lecturers may request a private tuition class for their children, along with a considerable payments.

“Skim Pelajar Bekerja” is a programme conducted by UTM Career Center for UTM students. The scheme helps students to find extra pocket money by putting them in any available positions in any of UTM departments. The allowances will be paid based on their skills and working time.

There are some UTM students working part-time as a receptionist in UTM HEMA building at Galleria Siswa. Some of them working in UTM International building. Any position that requires technical skills will be paid higher compared to a position with non-technical skills, such as writing and administration.

Working part-time is a valuable experience that helps the students to grow, prepare themselves for the working life after they graduate, and looks good in your CV later! 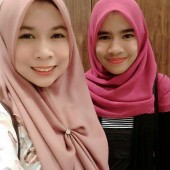 We have the capabilities

The Perks of Being a TESL Student in UTM