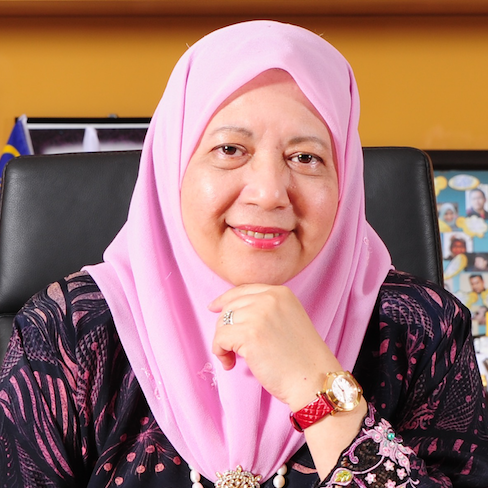 Her educational background includes having a BSc. in Biology from University of Nevada, Reno (UNR), MA (Microbiology) from Indiana University, Bloomington and Ph.D (Cellular and Molecular Biology) from UNR. Asma has made scientific discoveries that have led to the attainment of 13 patents and commercialization of rapid diagnostic test for typhoid called TYPHIDOT which was advocated by WHO. As a researcher, she has published 131 papers, received more than 213 awards and recognitions, presented more than 394 papers including 355 invited talks/plenaries and 39 keynotes both at the national and international levels.  She was elected to The Academy of Sciences Malaysia in 2003, The Academy of Sciences for the Developing World (TWAS) in 2010 and The Islamic World Academy of Sciences in 2016. She was elected as Honorary Member of the Iranian Academy of Medical Sciences in 2017, as a Member of the College of Fellows, Keele University in 2018 as a Honourable member of International Board of Advisors, Chandigarh University, India and as a Governing Advisory Board Member for Ritsumeikan Asia Pacific University, Japan.

Her landmark contributions to Malaysia’s higher education system include the establishment of the prestigious National Academic Award, the classifying of 5 Research Universities in Malaysia and also in co-helming the development and implementation of The Malaysian Education Blueprint (Higher Education) 2013-2025.

For these and other achievements, she received an Honorary Doctor of Science from the University of Glasgow in 2013; Indiana University’s Thomas Hart Benton Mural Medallion in 2015; Honorary Degree Doctor of the University, Keele University and Honorary Doctorate in Literature from Kyoto University of Foreign Studies (KUFS) in 2017 respectively. In 2018, she was awarded the ‘Tokoh Srikandi’ National Award (Academic) for her outstanding contributions and being an exemplary figure in the field of education, locally and abroad.